After we had already said goodbye to Frank two days ago, who continued on the Alaska Highway, we now also said goodbye to Marthe and Ed, who drove south from Whitehorse on a different route.

Out of Whitehorse we followed the Alaska Highway for a few more kilometers, then we turned south onto the South Klondike Highway towards Skagway.

On the quiet road we could again enjoy the landscape in ideal cycling weather. At a beautiful lake we stopped for lunch and ate the leftover pizza from the night before.

In the crowded Carcross, bus tourists called us weirdos when they heard about our already covered distance.

When we reached the campground in Conrad, it was already full. A nice lady gave us there but fortunately a tip where we can camp wild at the lake. 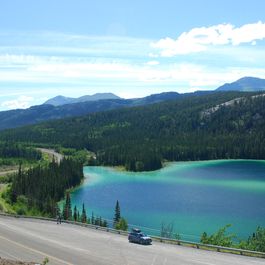 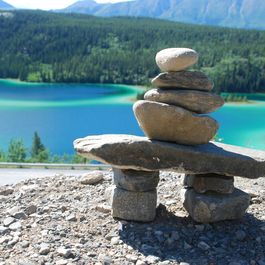 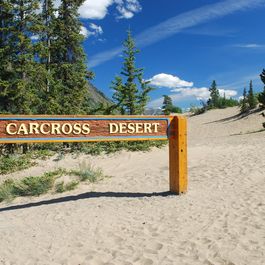 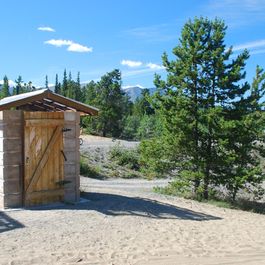 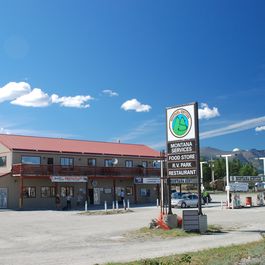 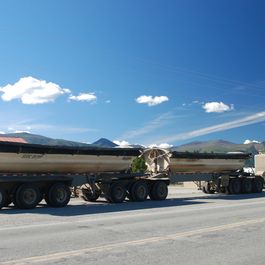 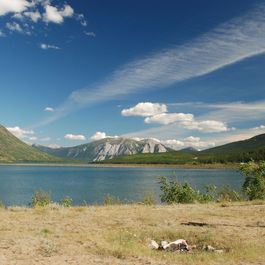 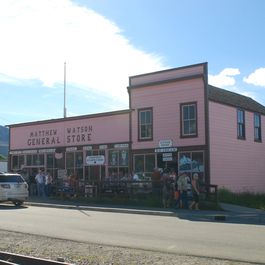 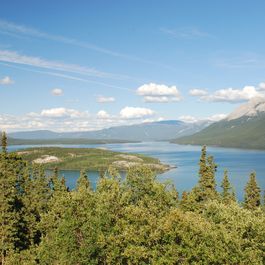 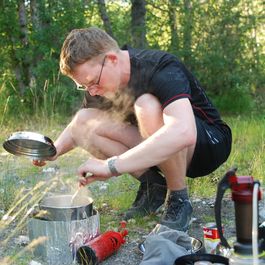 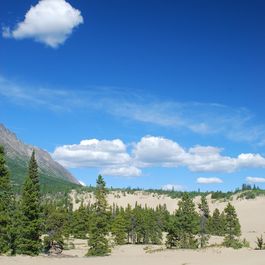 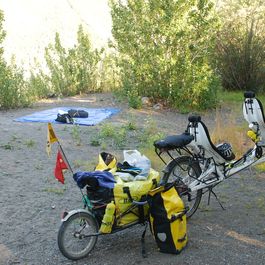 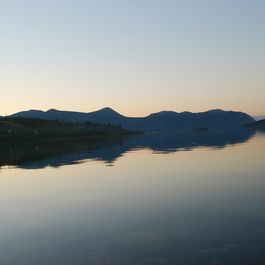 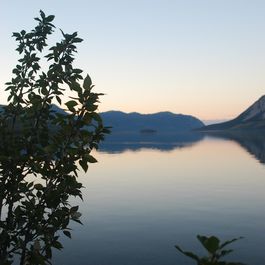 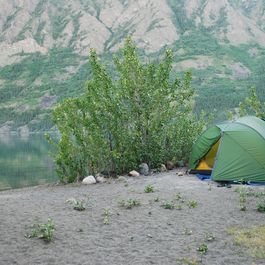 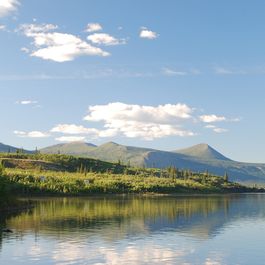 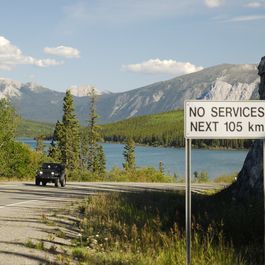 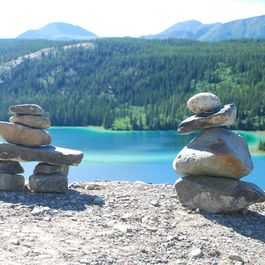 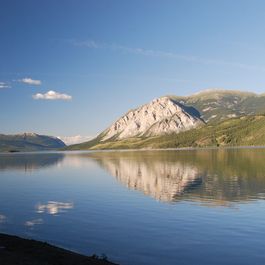