Lots of elevation gain to a nice campsite at Paxson Lake.

The last day on the now paved Denali Highway was again a challenge. In pleasantly warm weather, we climbed again to over 1100m after a fortifying breakfast at the nearby lodge. After a few hours of up and down, with beautiful views, we left the Denali Highway in Paxson and headed south on the Richardson Highway. From Paxson on we had partly heavy rain again.

The access road to the campground at Paxson Lake was frighteningly steep, so that we briefly considered not to drive a little further...

But we decided for the campground and found a beautiful place to pitch our tent. Since we expected further rain, we also stretched the tarp to have a dry cooking & eating place.

While cooking, we tested the epoxy glued gasoline bottle. The repair was successful and the glue joint reliably withstood the pressure during cooking! 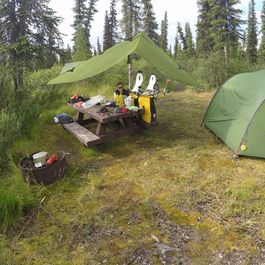 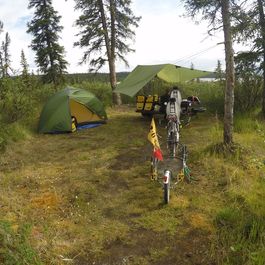 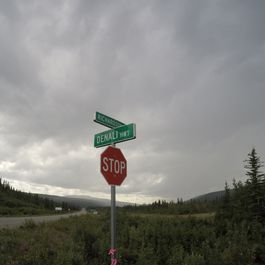 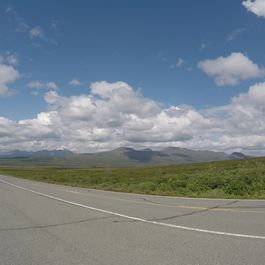 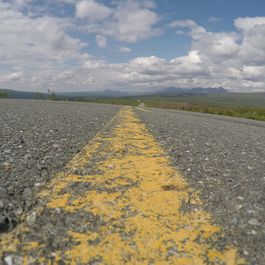 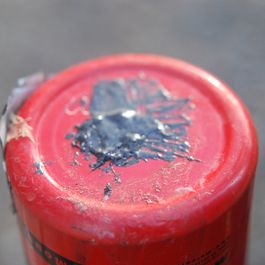 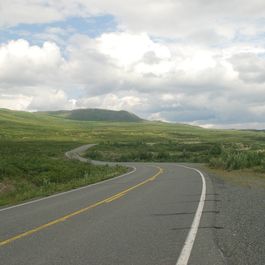 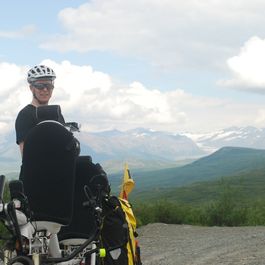