In the morning we started with the ascent to the Vermillion Pass. Strangely enough, the pass was not the highest point. At the watershed we made the obligatory photo stop and then we continued a few kilometers uphill...

After these additional meters of altitude, there was again a magnificent descent into the valley back to civilization. At the lunch stop we were approached by tandem riders from Calgary. They had loaded their tandem into the car to make a weekend tour here. We were surprised to see that they had the same tandem as we did.

After the break we drove on the beautiful Bow Valley Parkway. We were overtaken by two road bikers who made fun of our luggage... spurred on by this "motivation" we hung in their slipstream. Luckily they were not really faster than us, so it was not a big challenge and in an uphill after 10km they suddenly slowed down and we never saw them again :-) Never underestimate tandem riders, even if they are traveling with over 90km of gear!

So we reached Banff relatively early, nevertheless it would not be necessary that the campground is "high" above the village. Once more we had to fight here with the typical hard gravel floor of the campgrounds in Canada. For cars and campers this may make sense, for camping it is rather troublesome. At least it had mostly also bigger stones, which we could use as hammer. Nevertheless we missed our hammer drill :-)

On the following rest day we wanted to make an excursion on the MTB track in the direction of the unfortunately closed Highwood Pass. Unfortunately, we had to turn on the beautiful path after a few kilometers, because a construction site blocked the passage. 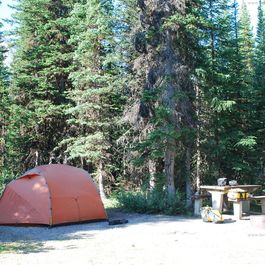 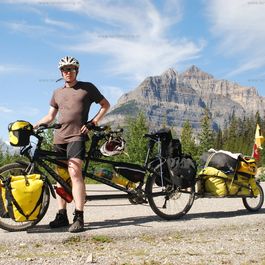 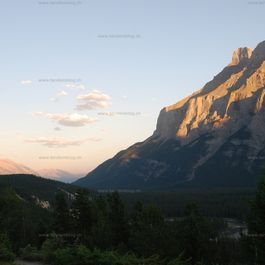 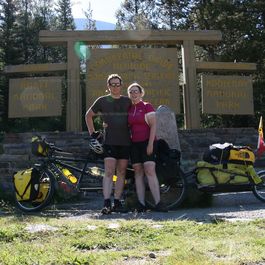 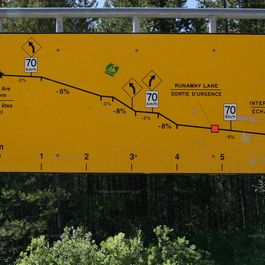 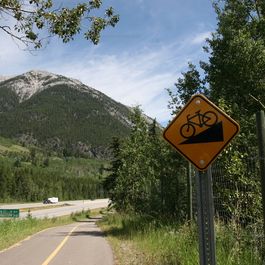