Ferries from Skagway to Port Hardy

After a little over a thousand kilometers on the tandem, a few days of ferries were now on the agenda.

The first ferry passage was with the "Alaska Marine Highway System" from Skagway to Prince Rupert. This ferry was organizationally a fixed point of our trip, since this route is served only once a week. Furthermore, at the time of booking it was not quite sure whether the ferry will run, because it suffers from budget cuts and sometimes interruptions are possible for technical reasons or because of bad weather.

Further, the tandem take along was not so easy at the time of booking. The local partner of our travel agency could only reserve our tandem as a regular vehicle (calculated according to the 4m40 length).

At the check-in this was then solved quite simply and uncomplicatedly. Our tandem with trailer was rebooked as a bike (it all belonged together). This in turn turned out to be wrong afterwards, but without consequences for us.

When loading the ferry, we were then instructed to stow the tandem in the workshop of the ferry, which worked without problems.

For the trucks and buses, parking on the ferry was a bigger challenge: The relatively old (built 1963) and small ferry was loaded through a gate in the side wall of the ship, so that large vehicles could only get into the right position with multiple back and forth. This required the staff to pay close attention to the destinations of the vehicles so that they were all in the correct order in the correct column. This is important because the ferry stops at several ports along the way and vehicles are unloaded and loaded.

Despite its age, the ship seemed relatively well maintained and we enjoyed the two and a half day trip along the Alaskan coast. With views of glaciers, small settlements and forests, the scenery was varied.

Along the way, we also discussed with other bike travelers and exchanged experiences. In particular, we compared our equipment with the two French Bikepakern, which we had already met a few days earlier before Whitehorse. We noticed that we have significantly more and more varied food with us (6-8 times the volume). Further some equipment (sleeping bag, tent, water filter,.. ) in a more compact form than we have.

With the arrival in Prince Rupert we changed the country and the time zone again. Because of the rain we were glad to have a hotel room for the two nights.

The ferry from Prince Rupert to Port Hardy was a stark contrast to the previous ferry. The modern ship (built in 2006) was a completely different league than the old Alaska ferry with its size and equipment. Although we could also "only" eat in the cafeteria, there was a noticeable difference due to the more modern, larger and better organized kitchen. The sweet drinks, which were mixed with water from the ship's tank, had the same "suboptimal" aftertaste as on the old ferry. That at the stern of the ferry for lunch was also grilled, we had unfortunately too late noticed.

Unfortunately we had bad weather with fog and rain during this trip. Nevertheless we could see several whales. But the landscape was less impressive (maybe also due to the weather). But it was possible to visit the bridge of the ship on demand.

In the evening we arrived then only at 23:30 in Port Hardy (ferry port). Up to the hotel we had then still about 7km by the dark foggy night before us, whereby us on the narrow harbor approach road half of the vehicles of the ferry overtook. 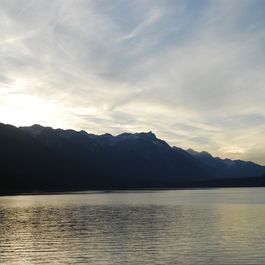 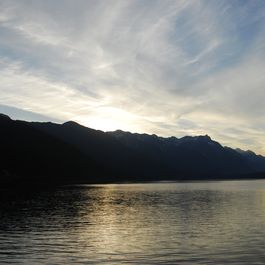 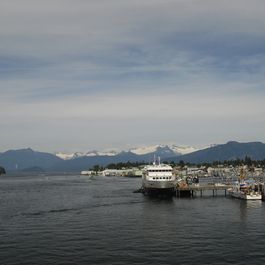 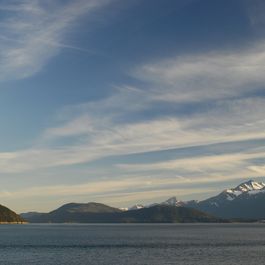 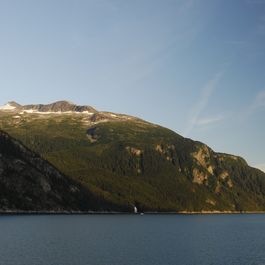 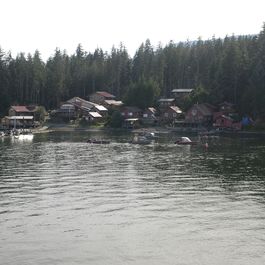 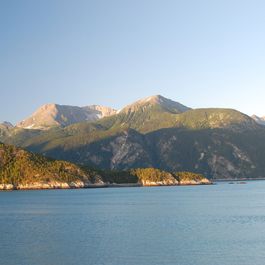 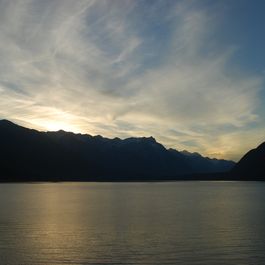 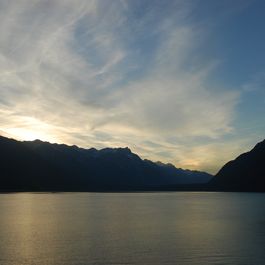 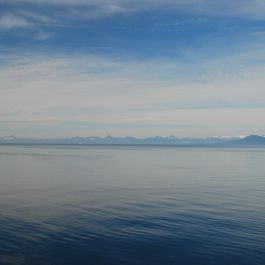 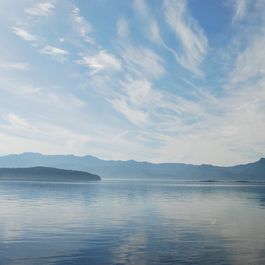 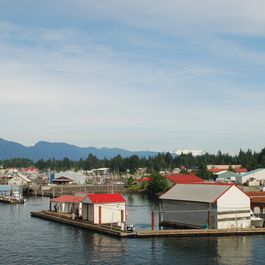 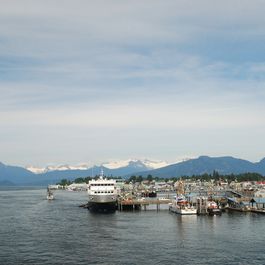 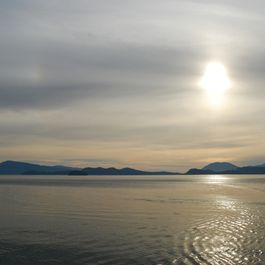 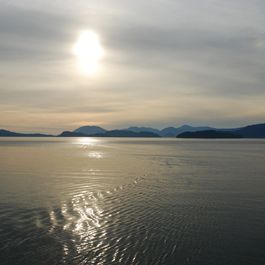 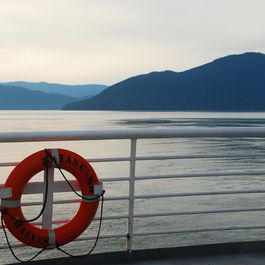 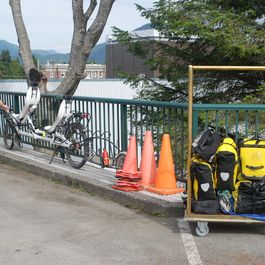 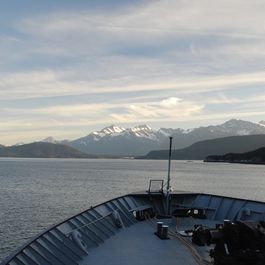 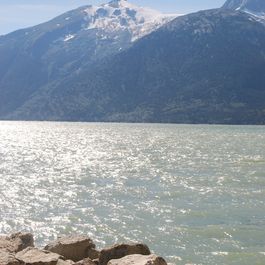 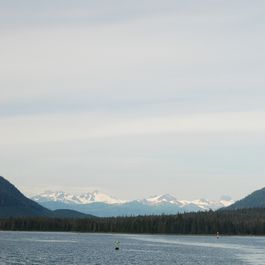 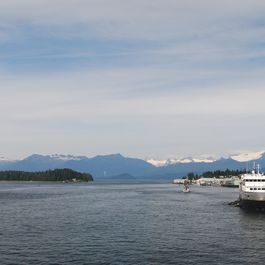 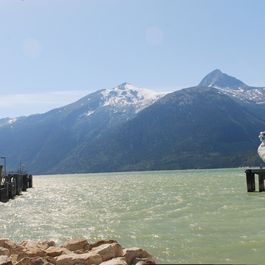 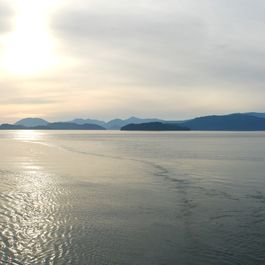