Tour over the Port Hills

Last Saturday we did a tandem tour over the hills south of Christchurch.

On Friday evening we could finally pick up our rented tandem.

The next day we started our trip. We drove with our tandem over the Port Hills. These hills are located south of Christchurch and are about 500 m high. Christchurch is just above sea level. Since we have to drive on the left side in New Zealand it was a bit tricky at the beginning. We agreed that I would check if the lane is clear and stretch out my hand when turning. There the first problems began. I had to realize that I am not used to turn my head so far to the right. Mostly the main roads through Christchurch are 2-5 lanes. When you have to change from the 5th to the first lane it is an interesting task with the traffic.

But soon we were out of the city center and we could climb those hills. We cycled a distance of 10 km upwards. This went still amazingly easily. . When we almost reached the pass, the wind had decided to really blow! Since the wind blew very strongly sideways, we had partly big trouble that we still sat on the tandem. Then it went already the first piece downhill, before another slope came. There we were overtaken by some cyclists and one spoke to us cheekily and asked when Rana would start pedaling. We didn't put up with this and just overtook him again and then hung up on him.

On the Port Hills we had then a beautiful view of Christchurch, where then also the panorama picture above on the web page originated. After lunch we raced down the streets, where the rims got a bit warm for our taste.

The next day we did a weight test. We wanted to know how it would affect the handling of the tandem if we loaded it very heavily with four side panniers. Therefore we went shopping on Sunday for our host mother Cola (4 bottles a 2.25l), for us various food and 12 mineral bottles.
We loaded our tandem with 41kg Wahre and then tried so to go. Moritz had at the beginning still some approach difficulties, but it soon worked quite well. We unintentionally drove through two one-way streets, and one of them on the wrong side of the road :-) But that was quickly corrected, so that we finally arrived home safely. 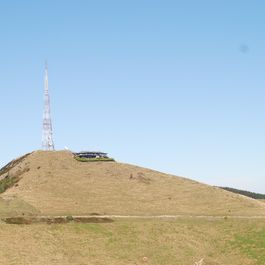 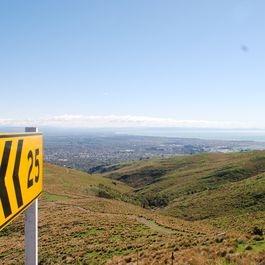 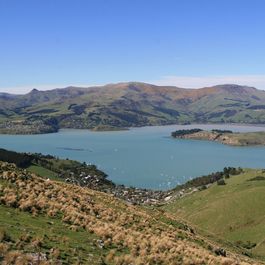 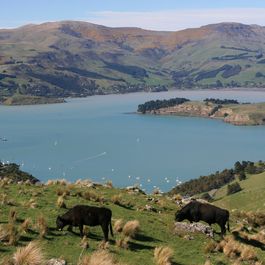 Our tandem is here!